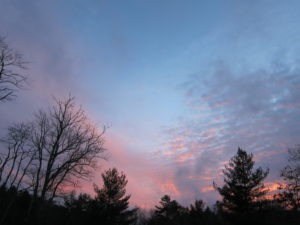 This deadly story starts out with a routine hospital test in Tennessee.  (But it could have been Maine, or anywhere else in the USA.)  It’s December 2017. Charlene Murphey is getting better after a Christmas eve stroke, and she is going to have an MRI before discharge home. The hospital doctor prescribes a routine sedative to be given before the MRI.  Completely normal. He prescribes the brand name drug, Versed. Versed is the brand name for a generic name: midazolam. Also completely normal for a patient like Charlene to be medicated with midazolam before an MRI. But, stop right there. That doctor’s choice-to ask the nurse to give brand name Versed, instead of asking the nurse to give midazolam- is where Death takes a seat in the hallway of the Vanderbilt University Medical Center neurosurgery ICU, and waits for a chance to pounce.

To understand what happened next, the reader needs to know about nurses getting medication from an automated cabinet in a big hospital. Everyone knows that Death stalks the halls of hospitals. Death can come from the disease that brings a patient into the hospital.  But it can also come from medication malpractice if we let that happen.  So as nurses we are trained from the beginning: Only give medication if it’s the right patient, the right medication, the right dose, the right time, the right route. Doctors play their part, too. Doctors have to order the medication by name, dose, timing and route. And in many hospitals, a computerized medication dispenser also gets into the act. The best known medication dispenser, meant to cheat Death by making medication errors less likely, is Pyxis.  Pyxis, however, also allows medication to be dispensed using either the brand name or the generic name. (Think brand name Tylenol and Advil  as generic name acetaminophen and ibuprofen.)

Pyxis is an automated dispensing cabinet that is filled by the hospital pharmacy.  Pyxis allows nurses to avoid the manual recording of drugs dispensed or used by nurses. When a nurse takes a drug from the Pyxis, the Pyxis both dispenses the medication to the nurse, and also automatically records that drug as having been given.  That works great when the patient’s medications are ordered in advance, and are given on a schedule. But sometimes doctors order a medicine to be given one time, and it needs to be done before the pharmacy has time to come to the unit and stock the Pyxis. So Pyxis has some medicines already pre-stocked. That way, when a one-time medicine is ordered for a patient before an imaging study like an MRI, and the medication is not already on the patient’s routine list of medications, Pyxis works something like this: The nurse goes to the Pyxis cabinet and selects a patient by name, selects “Remove” medication, and is able to go to an override list of pre-stocked Pyxis medications, enter in the first  letters of medication (brand or generic name), select the medication from a Pyxis list that pops up, follows any prompts to get the medication drawer to open, wait for the medication drawer to pop open, remove the medication, close the drawer and sign out. See the potential for a brand name/generic name problem? For a one-time medication, like Versed/midazolam, the nurse may type in the first  letters of the medication ordered by the doctor using a brand name (“VE”) , select from a mixed list of medications  that start with the same letters (“VE”), and select the right medication. But sometimes the brand name of a medication starts with the same first letters of the generic name of a different medication. Understand: If you want to give a patient brand name Versed, and type in “VE”, another medication, with a generic name that starts with “VE” can also pop up in a list of medications too. Another medication that starts with “VE” is the generic name medication vecuronium. Vecuronium is not the same as Versed.

One thing that causes death from medication error is confusion. And when a hospital makes a rule that blocks confusion, patients are safer. So what is it that a hospital could do to block confusion between Versed and vecuronium? Could the hospital make a rule that all doctors order all medications using only the generic name, and never the brand name?  In Charlene Murphey’s case, the doctors were allowed to make the choice whether to order a sedative by brand name (Versed) or by generic name (midazolam). If Nurse Vaught had an order to give midazolam, and was searching Pyxis for midazolam, it seems unlikely that she would have gone all the way down the list and chosen vecuronium.  But the hospital  allowed the doctor to choose to order Versed using the brand name . Could Pyxis, in collaboration with the hospital  be programmed to only allow the use of generic names in its search feature?

Turning back to Charlene Murphey. She was ready for her MRI. Nurse RaDonda Vaught intended to give Charlene the sedative that the doctor ordered. Nurse Vaught goes to the Pyxis. She searches for Pyxis stock medications that start with “VE”. . When vecuronium comes up, Nurse Vaught chooses that. It is a nursing error. She chooses vecuronium instead of Versed.  But vecuronium is not a sedative. It is a medication that paralyzes patients so that they can’t  breathe on their own. Without breathing, the heart stops. Vecuronium is not used to sedate patients for an MRI. Vecuronium is used to achieve paralysis to facilitate mechanical ventilation for appropriately sedated patients. Nurse Vaught gave Charlene vecuronium instead of Versed.  Nurse Vaught has readily admitted she made a nursing error.

When Nurse Vaught injected Charlene Murphey with vecuronium, she walked away thinking that  Charlene was going to be fine– appropriately relaxed for her MRI.. What happened is that the vecuronium paralyzed Charlene. She stopped breathing long enough for her heart to stop, too. Charlene was found unresponsive after a cardiac arrest by a Vanderbilt hospital staff member approximately 15 minutes after receiving the dose of vecuronium instead of Versed. She suffered such severe damage from lack oxygen that she could not survive.

An excellent organization, the Institute for Safe Medication Practices, may be able to guide the healthcare industry in creating guidelines to address the questions raised by Charlene Murphey’s death. ISMP is dedicated to the promotion of safe medication practices. Research, education, and advocacy are the foundation of  ISMP, and it has a history of recognizing that punishing individual nurses for medication administration errors isn’t the only way, or even the best way, to approach the problem.. Perhaps a time-out to focus on the safety issues inherent in allowing free interchange of brand name versus generic name in ordering and dispensing hospital medications will  lead to guidelines that will help protect patients in the future from this particular type of medication confusion..