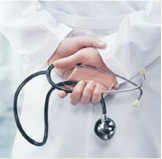 Like all other states, Maine requires doctors and nurses to meet standards of patient care. But what if the standard of care can’t be met because of staffing levels? For example, if a patient in the recovery room is supposed to be checked for level of consciousness, physical status, vital signs and bleeding at the operative site every 15 minutes for the first 30 minutes after surgery, but the nurse has too many patients needing the same level of care, then who is at fault if that doesn’t happen? In Kansas City, Missouri, Dr. Ray Brovont, an ER doctor,  sent a memo to management outlining his ER unit’s fears about needing to be in two places at once. The response: Dr. Brovont was fired six weeks later, in January 2017. And here was his response to the firing: He sued the hospital for wrongful discharge.  And a jury awarded Dr. Brovant $29 million, including $20 million in punitive damages. The core issue is the fact that hospitals need to make a fair profit to survive, but that  fair profit has to be balanced by staffing that permits doctors and nurses to meet the professional standards of care required to practice safely. Dr. Brovant’s verdict puts hospitals on notice that ordinary folks, like the jurors in Missouri, will do the balancing act for hospitals if they don’t do it (properly!) for themselves.